Blue & Gold: Mr. Kievit reported that the cycle has started again and more candidates have begun the process than in the past.

Sponsoring a Summer Seminar Candidate The consensus was that the Chapter should sponsor the expenses of approximately $150 for a summer seminar candidate who would otherwise be unable to attend. Mr. Kievit will obtain a list of high school juniors who might be eligible and also talk with the guidance counselors at city high schools.

Shipmate Article Mr. Blish suggested sending a Shipmate article about the Chapter meeting. Either CDR Testerman or Mr. McCarthy will write the article.

·       There will be a Navy Ball on 3 October 2009 at the Radisson Hotel near the airport (http://www.radisson.com/rochesterny_airport). Details were sent out by CDR Testerman on the Yahoo! listserv.

·       The West Point Society of will sponsor an Army/Navy game event at Oak Hill Country Club on the day of the game, 12 December 2009.

Next Meeting: The next Chapter meeting is 17 December 2009 at the restaurant meeting room at 0700.

The Chapter Board met today at the . Vice President Joe Vaccarella presided. The minutes for the meeting will be distributed to current members. The Board’s next meeting is scheduled for 17 September 2009.

Our combined candidate recognition dinner on 29 May 2009 was a great success. The Hon. Eric Massa (USNA ’81) and RADM Donald Quinn (USNA ’79) attended, as did retired Major General John Batiste, U.S. Army. The dinner came at the end of Navy Week in . 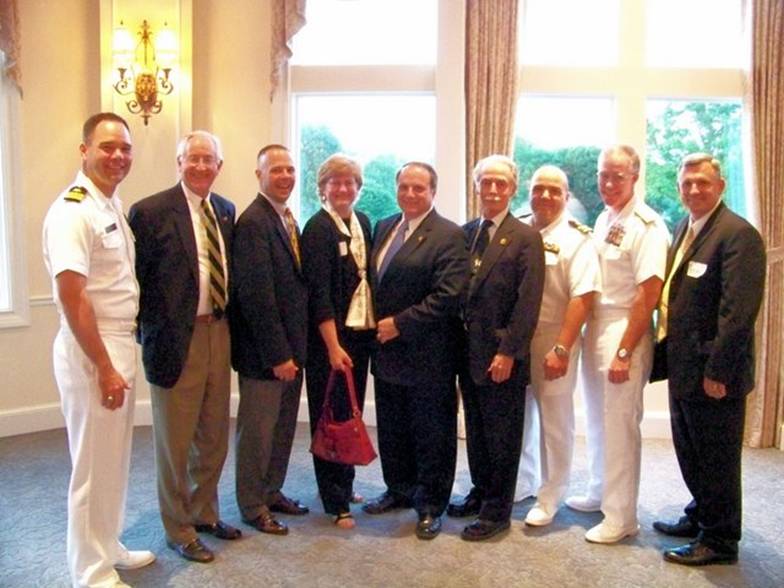 Additional photos of the other events that took place during ’s Navy Week can be found here.: